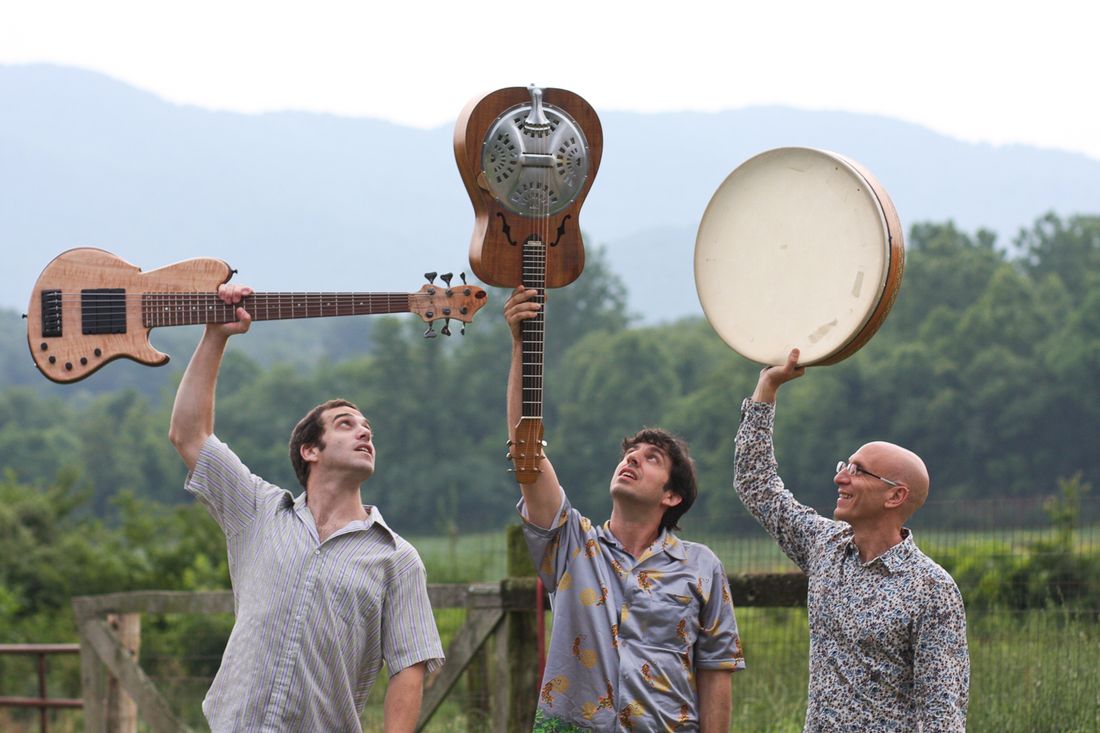 The comfort of Appalachian roots music blends seamlessly with the spark of global cadence, shining a light on the world influences of these master musicians.   'The Billy Sea' is a collection of prolific solo artists who have come together to create 'Global Americana' music.  The band gracefully weaves virtuosic musicianship into beautifully crafted melodies and infectious grooves.

Founded by slide guitar revolutionary Billy Cardine, the sound is firmly planted in American roots music, but also pulls influence from all corners of the world.  Cardine, a classically trained pianist in his youth, eventually fell in love with the sound of the slide guitar and plays several variations of the instrument from all over the world.  His memorable compositions and unique instrumental voice has been featured on The History Channel's "Our Generation", BBC World's "Destination Music", PBS' "RoadTrip Nation" and on stages across the globe including Carnegie Hall and The Kennedy Center.  River Guerguerian commands a wide range of musical styles on his unique blend of percussion instruments, combining elements and experience from all over the world, and resulting in a powerful rhythmic perspective that is both familiar and otherworldly.  For over 25 years, he has been performing internationally with such groups as the BBC Concert Orchestra, New Music Consort, Grammy and Oscar winning composer Tan Dun, Omar Faruk Tekbilek, Tibetan Singing Bowl Ensemble, Talujon Percussion Quartet, Chuck Berry, and Ziggy Marley/Gipsy Kings project.  Bassist Jake Wolf  adds  his intricate and original mix of musical elements, as a powerful melodic voice and a driving rhythmic force on the 6 string bass.